An early and potent marker of atherosclerosis, endothelial function of the arterial vasculature is certainly one of the most important parameters in cardio-vascular testing [1, 2]. While the aortic Pulse Wave Velocity (aPWV) is directly linked to the elasticity and Distensibility of the large arterial vessels and the occurrence of Arterial Stiffness, endothelial function marks the ability of the endothelial layer to release NO modulating the tone of the smooth muscle fibers embedded in the vessel wall of the conduit arteries [3]. Endothelial dysfunction precedes the development of clinically apparent atherosclerosis in individuals with cardiovascular risk factors [13]. Also in civilization related diseases, such as diabetes or obesity, endothelial function is compromised in early disease stages already [4]. Testing of endothelial function is a valuable tool both in the clinical setting for risk stratification and therapy follow-up as well as in research, in particular in epidemiological and drug studies.

Several non-invasive procedures are available to test endothelial function and arterial tone, all based on evaluating the response to reactive hyperemia.

Over a defined period, typically five minutes, the arterial blood supply to the forearm is interrupted by occluding the brachial artery with an inflated cuff, placed on the upper arm or forearm [5]. After deflation of the cuff, blood rushes into the forearm producing an overshoot in perfusion (reactive hyperemia). The increased blood flow will lead to an increase in friction at the arterial wall, determined by ‘shear stress’, primarily stimulating NO release by the endothelial layer, with additional more intricate mechanisms being involved. NO production in turn leads to a lower tension of the smooth muscle and a widening of the brachial artery diameter. This phenomenon, called Flow Mediated Dilation or FMD, is directly evaluated using procedures described in more detail below.
Other modalities assess changes in the vascular bed perfusion secondary to the brachial occlusion.

Flow Mediated Dilation (FMD)
Flow Mediated Dilation or FMD is considered the Gold Standard in this field. However, the procedure is clinically challenging, requiring a high level of technical and human resource and skill. In the below article we discuss and propose how the FMD testing procedure and more so its evaluation can be facilitated.

Pulse Amplitude Ratio (PAR)
While FMD and FMS address endothelial function of predominantly bigger vasculature, function tests of smaller vessels and the vascular bed are also available which may be advantageous in a general population, e.g. in epidemiological studies and phenotyping.
Pulse Amplitude Ratio or PAR testing seems to be the most advanced and economical test determining peripheral arterial vasomotor function. 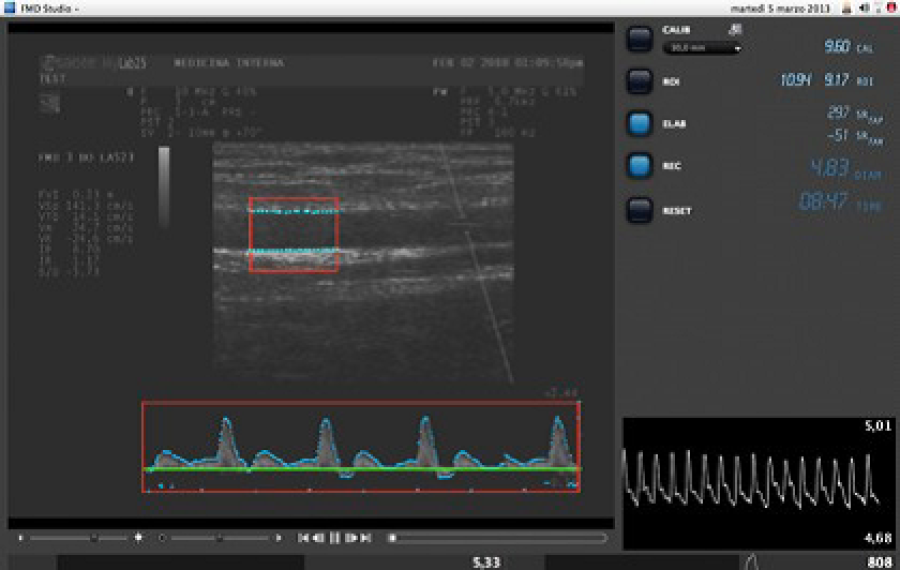 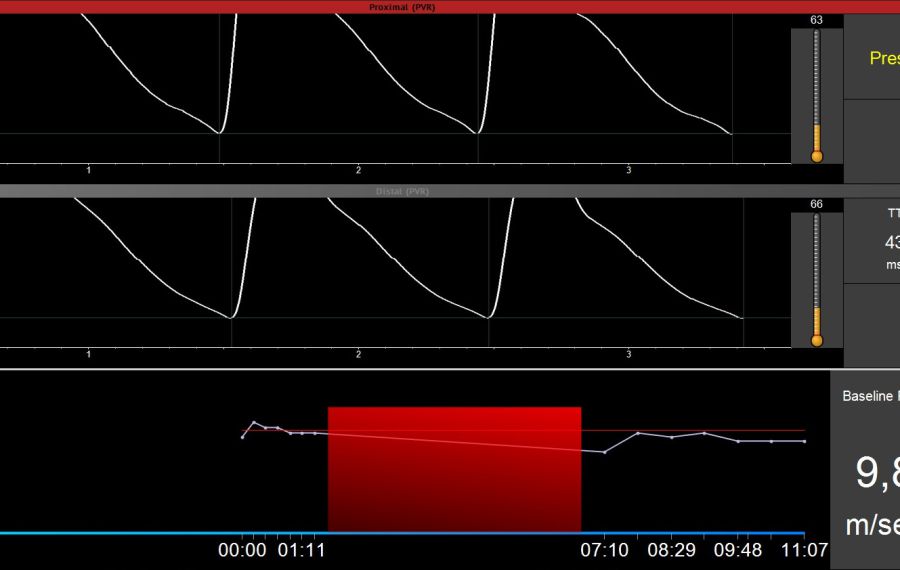 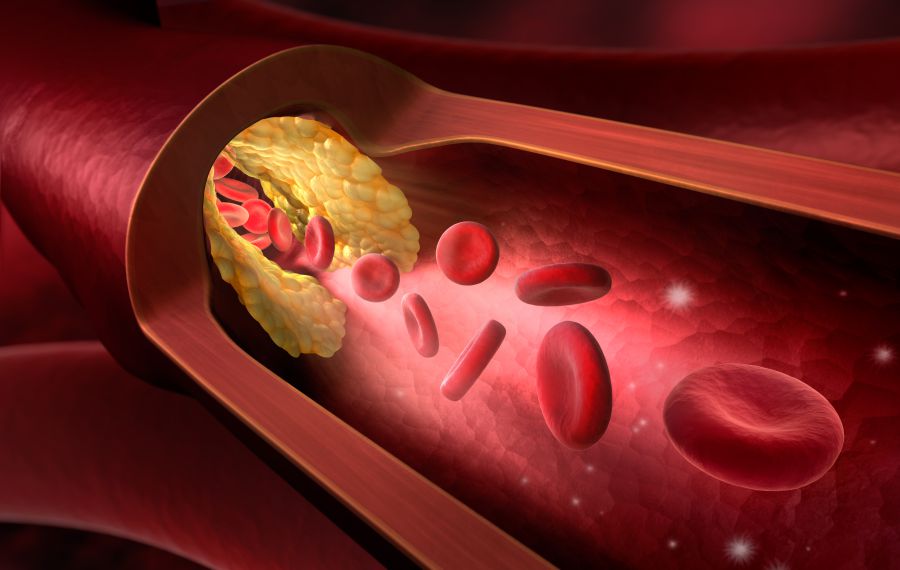